Tanzania in East Africa has the most alluring and renowned of Africa's place names, the mass migrations of the Serengeti, the Great Rift Valley, Ngorongoro Crater, the fossils of Olduvai Gorge, snow-capped Kilimanjaro, Lake Manyara and the spice-island Zanzibar.

Tanzania houses the highest mountain in Africa, Mt Kilimanjaro (5895 m), the second largest fresh-water lake in the world - Lake Victoria and one of the deepest lakes in the world - Lake Tanganyika. Selous Game Reserve is one of the world’s largest, and the paradisiacal Ngorongoro one of the largest intact volcanic craters, where wildlife roams freely among the Maasai herders. 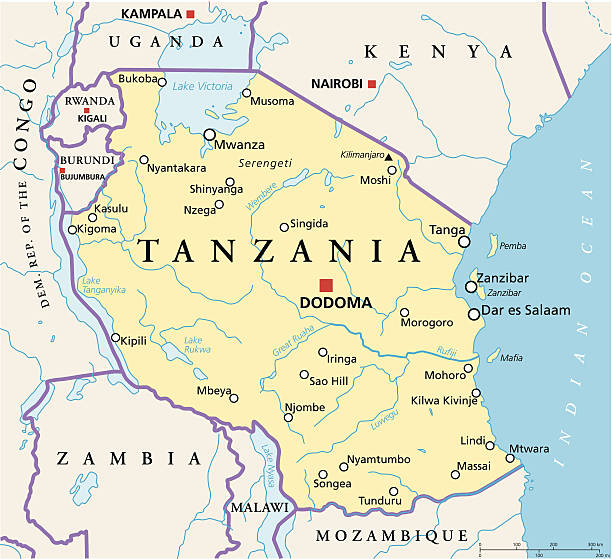 The coastline of Tanzania is superb, and the islands of Zanzibar, Pemba and Mafia promise spectacular water sports after a Tanzania safari. The culture is a kaleidoscope of African, Arab, European, and Indian origins. 120 tribal groups reside within the country. The Maasai, Samburu and Arusha are of Nilotic origin. Dar es Salaam is the administrative capital of Tanzania, Dodoma the legislative. English and Swahili are the most widely spoken languages. The Tanzanian Shilling is the local currency. Tanzania is three hours ahead of GMT. The wildlife viewing and birding is superb year-round while on a Tanzania safari tour. A particularly good time to go is from late Jun-Oct. The rains have passed, the roads dried, the weather is cooler. By this time the migration in in full swing, with the plain's animals on their way to the Maasai Mara in Kenya.

wonderful opportunity to see the very best of Tanzania, staying in the heart of the National Parks in private camps away from the crowds. After a night in Arusha continue to the game-filled areas of Tarangire National Park, the Ngorongoro Crater and the Serengeti National Park. This tour operates daily from Kilimanjaro / Arusha. The mobile camping in Tarangire is a completely private experience, just for your group.

Contact us now to speak to one of our travel experts

012 993 2870
mail@holidaytourafrica.com
Request a callback
THINGS TO SEE AND DO IN TANZANIA
Arusha
× 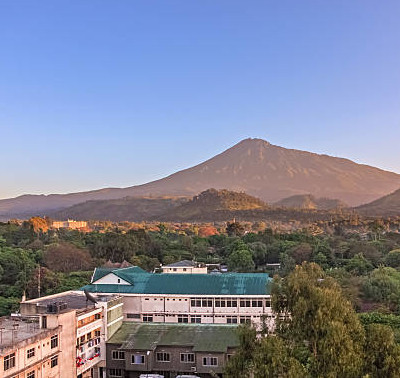 Arusha is in northern Tanzania and is the capital of the Arusha Region. Arusha, dubbed the safari capital of Tanzania is a colorful town nestled under the humble peaks of Mount Meru and surrounded by lush coffee plantations, is the base from which most travelers visit Tanzania’s renowned game reserves and is the busiest tourist centre on the mainland. From dala-dala’s cruising the streets, high rise buildings and shopping centres to the geological feature of Arusha National Park, this buzzing town has a variety of interesting sights from the forest fringes crater of Lake Duluti, local Meru villages, vibrant markets, aromatic food stalls and even an enlightening National Museum. 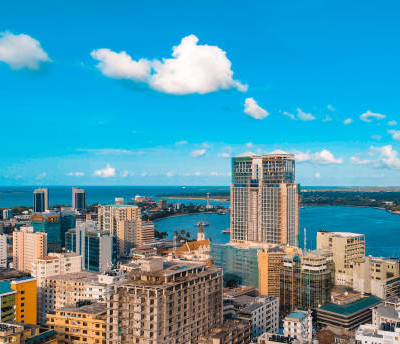 Dar es Salaam is located on the coast of Tanzania. From its humble beginnings as a small fishing village to the largest city in Tanzania, the bustling and vibrant Indian Ocean port of Dar es Salaam or “Harbor of Peace” is a cultural infusion of cultural and historical architecture, with distinct German, British, Arab and Asian influences. Whilst the city center of “Dar” is a hubbub of commercial activity with pavement peddlers selling everything from silks to bronze to curious to shells, chaotic mataus, colorful markets displaying African Tingatinga treasures to a lively nightlife scene, the coast fundamentally remains true to its Swahili nature: characteristically laid back, tropical and friendly. 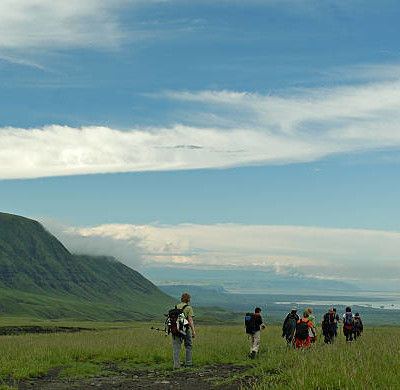 The Gregory Rift is the eastern branch of the East African Rift fracture system. The rift is being caused by the separation of the Somali plate from the Nubian plate, driven by a thermal plume. Although the term is sometimes used in the narrow sense of the Kenyan Rift, the larger definition of the Gregory Rift is the set of faults and grabens extending southward from the Gulf of Aden through Ethiopia and Kenya into Northern Tanzania, passing over the local uplifts of the Ethiopian and Kenyan domes. Ancient fossils of early hominins, the ancestors of humans, have been found in the southern part of the Gregory Rift. 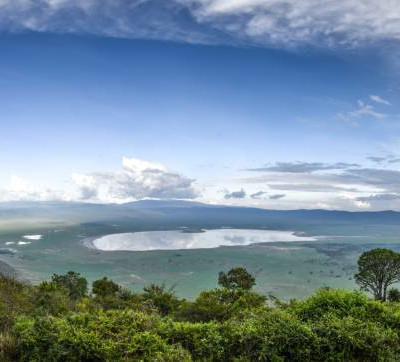 Ngorongoro is a UNESCO World Heritage Site that is in the Crater Highlands in Tanzania. Ngorongoro has the largest population of predators in Africa and can be accessed by scenic flights and road transfers. Ngorongoro is one of Africa’s premier safari destinations and game viewing at this Tanzania safari area is truly enchanting - approximately 25 000 mammals freely roam the area. Among the spectacular wildlife of Ngorongoro are leopard, jackal, zebra, buffalo, and elephant. The flamingo migration at Lake Magadi is one of the highlights of a Ngorongoro safari, witness thousands of flamingos gathering at the saline waters of the lake. Ngorongoro Crater accommodation in Tanzania is offered at lodges and tented camps. Activities in Ngorongoro includes game drives, cultural tours and walking safaris.

Make a Booking
The fossils of Olduvai Gorge
× 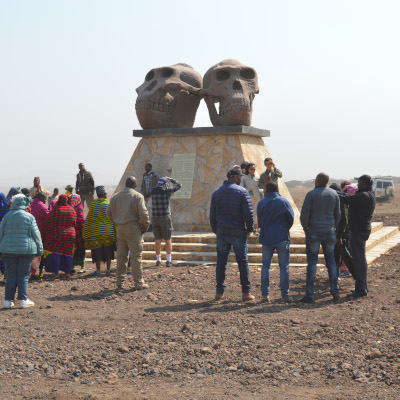 The fossils of Olduvai Gorge

The Olduvai Gorge or Oldupai Gorge in Tanzania is one of the most important paleoanthropological sites in the world; it has proven invaluable in furthering understanding of early human evolution. A steep-sided ravine in the Great Rift Valley that stretches across East Africa, it is about 48 km (30 mi) long and is located in the eastern Serengeti Plains within the Ngorongoro Conservation Area in the Arusha Region, about 45 kilometers (28 miles) from Laetoli, another important archaeological site of early human occupation. The British/Kenyan paleoanthropologist-archeologist team of Mary and Louis Leakey established and developed the excavation and research programs at Olduvai Gorge which achieved great advances of human knowledge and world-renowned status. The gorge takes its name from the Maasai word oldupai which means "the place of the wild sisal" as the East African wild sisal (Sansevieria ehrenbergii) grows abundantly throughout the gorge area. Twenty-five kilometers downstream of Lake Ndutu and Lake Masek, the gorge cuts into Pleistocene lake bed sediments up to a depth of 90 m. A side gorge, originating from Lemagrut Mountain, joins the main gorge 8 km from the mouth. This side gorge follows the shoreline of a prehistoric lake, rich in fossils and early hominin sites. Periodic flows of volcanic ash from Olmoti and Kerimasi helped to ensure preservation of the fossils in the gorge. 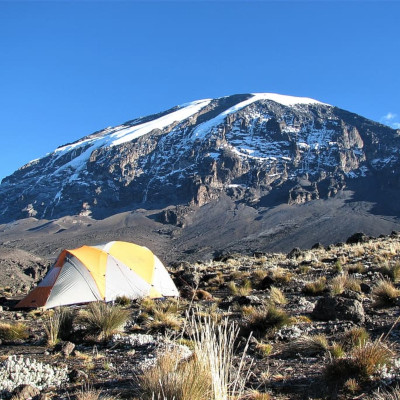 Kilimanjaro is a giant volcanic mountain located in Tanzania and comprises of 3 distinct volcanic cones. This spectacular natural wonder is the highest mountain peak in all of Africa, and access to Kilimanjaro is by road and air transfers. Thousands of tourist flock to Tanzania in attempt to climb Mount Kilimanjaro, so the area is not a secluded African destination, but it is one of the finest and most popular. Kilimanjaro is easy to climb with or without equipment, and many climbers easily reach the crater. There’s much more to Kilimanjaro than the great volcanic mountain - the area inhabits spectacular species of wildlife including leopard, elephant, buffalo, and Abbot’s Duiker. Kilimanjaro accommodation in Tanzania is offered at mountain lodges. Activities in Kilimanjaro includes hiking, mountain climbing and game viewing.

Make a Booking
Lake Manyara and
× 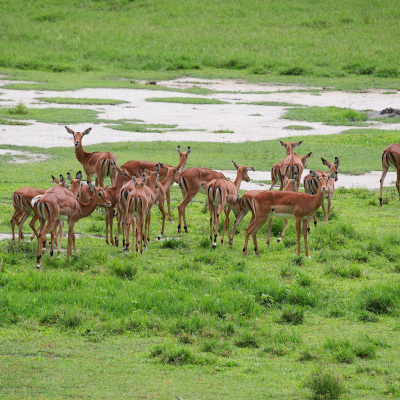 Make a Booking
The spice-island Zanzibar
× 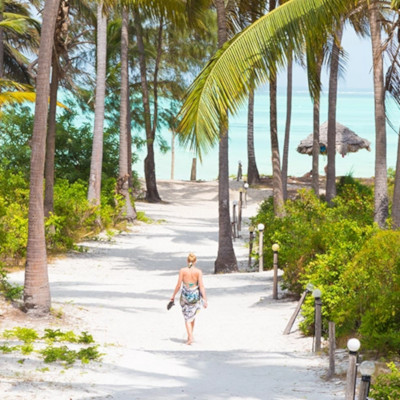 Zanzibar forms part of Tanzania in East Africa and comprises of the Zanzibar Archipelago in the Indian Ocean. Most travelers visit Zanzibar first during their Tanzania beach safari, and the area can be accessed by road or air transfers. Zanzibar Beaches are ideal to relax and unwind. After an action-packed Tanzania safari there is no better way to end your holiday than on the white, sandy beaches of Zanzibar, lazing away, sipping cocktails, and living the island paradise dream. An array of water-based activities can be delighted in Zanzibar, and equipment for beach activities can be arranged. Zanzibar accommodation is offered at luxury beach lodges. Activities in Zanzibar includes scuba diving, snorkeling, day tours, kite surfing, cycling, paddle boarding and cultural interactions. See below for Zanzibar holidays in Tanzania.

Make a Booking
Chat with us on WhatsApp
X
Hi there! Click one of our representatives below and we will get back to you as soon as possible.
Travel2Africa Consultant
Hugo